While Sage from Californian Rocky Mountains,
Used for smudging and space cleansing.
California white sage. Salvia Apiana grows near the Pacific coast of Southern California and is gathered ethically by indigenous people and shipped directly to us in the U.K. We sell the loose herbs or as bundled herb or smudge sticks.
Produces beautiful Scent
Other quantities also available. 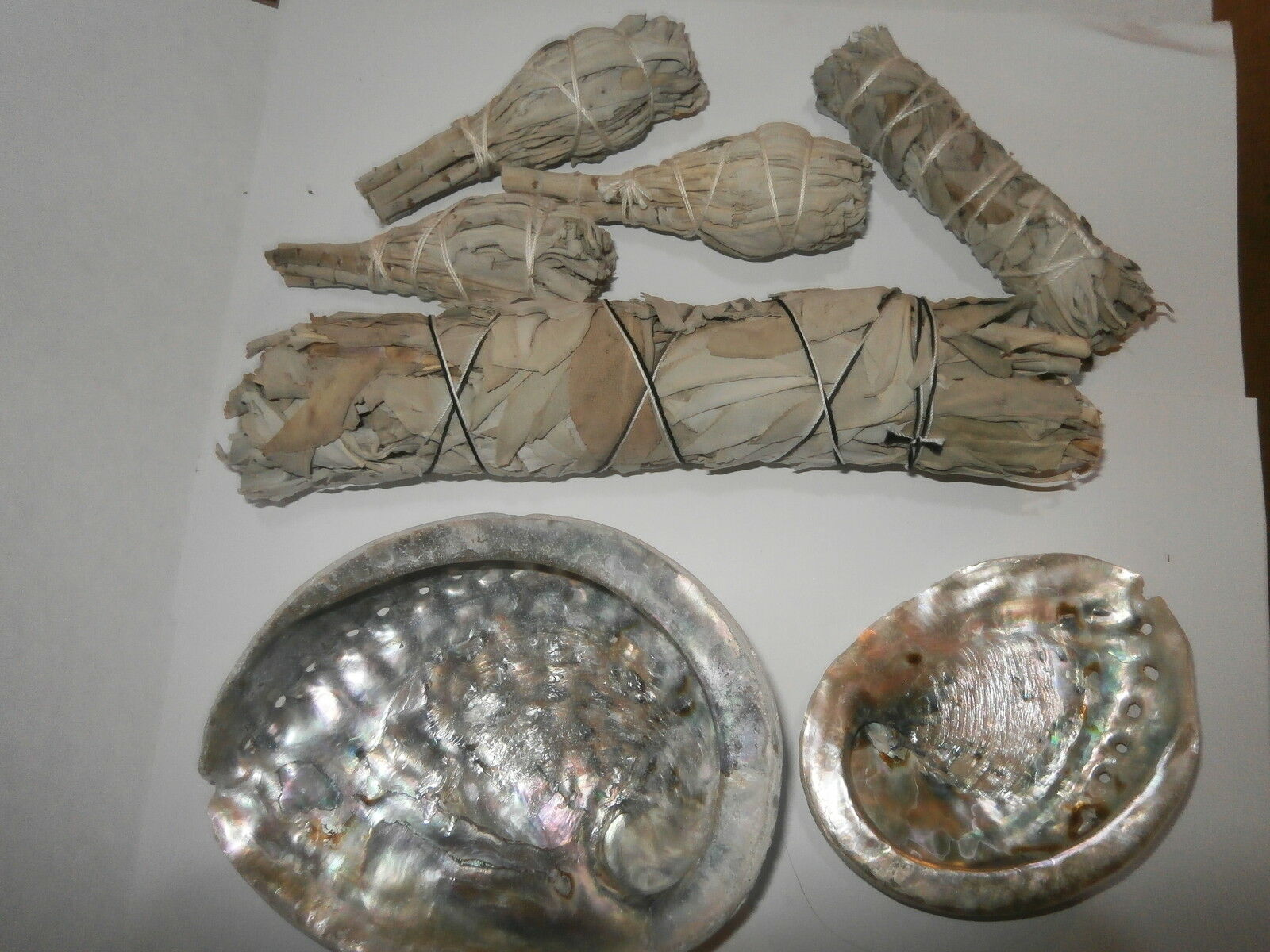 Smudging has been a ritual and ceremonial practice used by cultures around the world since humans have existed. The Native Americans have used the earths plants, both fresh and dry, for healing. Plants are known to carry their own energy, just as our bodies and surroundings do. The art of smudging, with burning dry sage herbs and focusing on our own ritual and prayers, helps to clear negative unwanted energy where ever we focus. Smudging cleanses, rebalances and opens fresh energy and spirit so our life and chakra energy continues to flow much like an open river so we can move forward. Stagnant old energy holds our spirits and self back from living an energetic authentic life!

Smudging is a personal ritual as well as the prayers that we say. For smudging one generally will use an abalone shell or clay bowl to hold the sage. Matches made of wood from the earth, not a man made lighter. Much like a bonfire, sage needs air to burn .A sacred smudging feather from Mother Nature to send air and wind to the burning plant as well as the sage you would like to burn. Feel connected to your smudging feather and sage.

Different tribes use different plants for their rituals and prayers. Juniper and cedar and sweet grass are very powerful for moving out negative energy in your life, home and surroundings. Then use California white sage, Desert, Sacred sage, Sacred Feather, Blue, Yerba Santa, Dakota Black, and Mugwort, Lavender and Rosemary are some of the popular smudge sages used to bring balance, peace and fresh energy to your life. Resins such as copal, amber and frankincense may also be added in to a smudge blend to be burned in the bowl. One may use a charcoal tablet to burn mixed herbs in a shell or one may choose to smudge with a smudging stick or wand.

When smudging, light your sage and fan the sage with your feather as you move around a person or space. The smoke represents prayers going out in to the Universe. Speak your prayers or wants as you smudge. The medicine wheel is an important part of the smudging ritual. There are 4 points of the Medicine Wheel. North, South, East and West which stand for a Strong Spirit Animal Guardian- the White Buffalo, Coyote, Eagle and Grizzly Bear – all connected to the four elements- Earth, Water, Air and Fire. You can call on the energy of the 4 guardians when smudging, in these 4 patterns. Face or move around a person or surrounding from each direction, calling on the Spirit Animal and Element.

South direction aligns with the Coyote which represents clever, quick minded and governs the emotion and the Water element.

As you smudge you will cleanse the energy. The more you smudge the more clear your life will become and you will move forward. Smudging is a personal ritual and prayer which belongs to you. Face each 4 direction and embrace the meaning of the animal, element and attributes of choose your power direction. Cleansing you and your space is very powerful for your life and warrior spirit in connecting to life and earth.

There are no reviews yet.